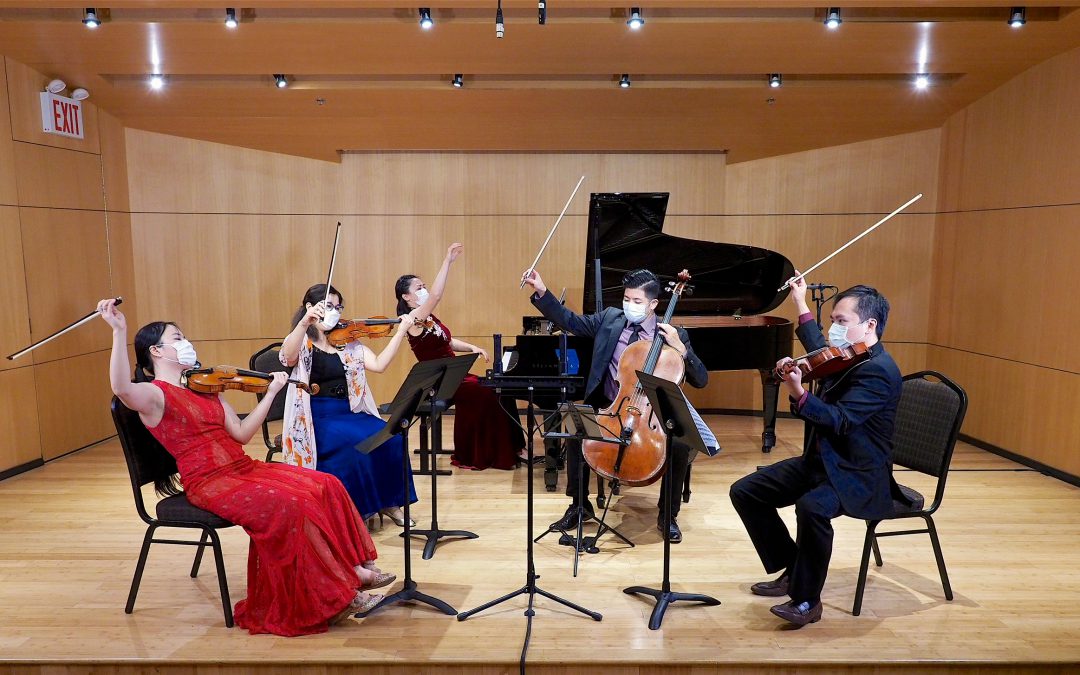 The New Asia Chamber Music Society (NACMS) will be holding a Thanksgiving concert “Songs of Comfort” on Friday, November 20th, at 8PM EST. Supervised by Ministry of Culture, Republic of China (Taiwan), and organized by Taiwan Academy in Houston, as well as co-presenters Asia Society Texas Center, Foundation for Chinese Performing Arts, and Miller Outdoor Theater, this Thanksgiving concert is hoping to bring NACMS‘ gratitude and support with music to front line medical workers, as well as the beloved family who has been with them.

The concert starts with Dvorak’s “American” string quartet, followed by Elegie Op. 23 by the Czech composer Josef Suk, who is one of Dvorak’s favorite pupils and future son-in-law. Next in the program is Corigliano’s string quartet, “Snapshot,” which describes his impressions of his father. NACMS will then perform a piece by Amy Beach, one of the most accomplished female American composers of the Romantic period. The concert will conclude with an Indigenous tribe song by Taiwanese composer Tyzen Hsiao, who is well-known in Taiwan and around the globe, a way to also feature Taiwan’s native tribal dance music!

This online concert will be led by violist Andy Lin, who is also the artistic director of New Asia CMS, as well as executive director and cellist Nan-Cheng Chen, associate director and violinist Tien-Hsin Cindy Wu, violinist Emilie-Anne Gendron, and pianist Fei-Fei. Founded in 2010 by an entrepreneurial group of young Asian American virtuosi, the members of NACMS are prize winners of world-renowned international competitions and graduates from America’s most prestigious music schools, including The Juilliard School and the Curtis Institute. They appear regularly on major stages across the globe. Based in New York City, NACMS is committed to bringing audiences exciting chamber music performances of the highest caliber and innovation. By delving into the giants of traditional chamber music repertoire, cultivating new voices of contemporary composers that meld elements of Western and Eastern cultures, and collaborating with a broad network of art organizations, NACMS is creating a trifecta of innovation to enable new concert-going experiences for the audience.

To watch the concert on Friday, November 20th, view on Facebook here at 8 PM or YouTube here at 8:15 PM.