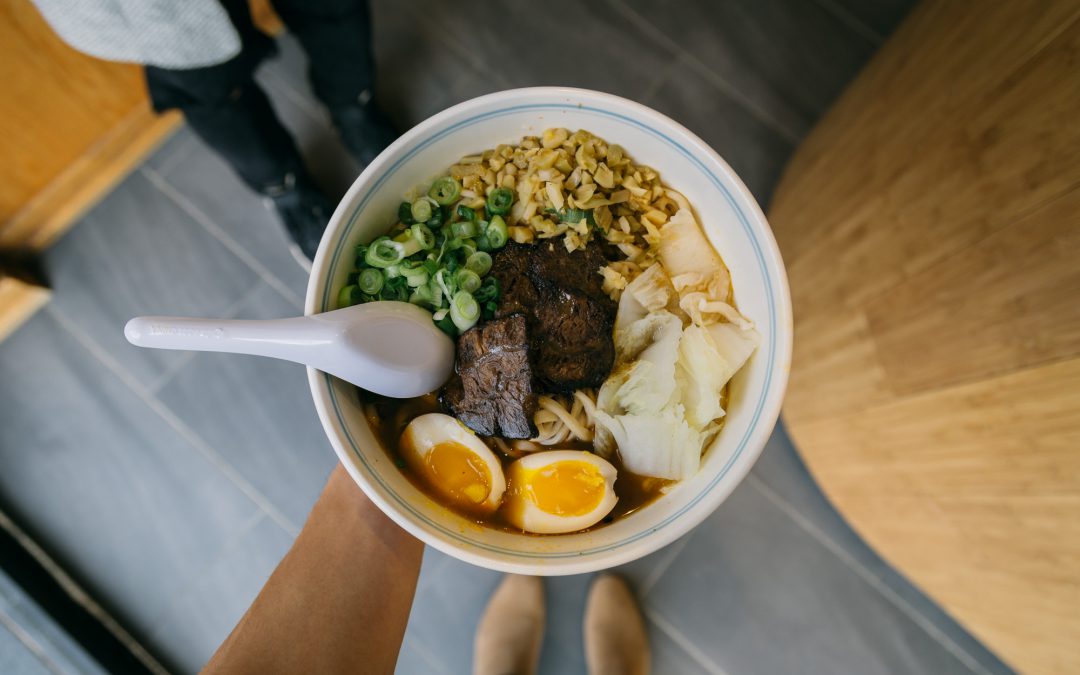 For our inaugural entry of TAP-NY’s Spotlight series, we caught up with Eric Sze, founder of newly-opened contemporary Chinese noodle bar The Tang, and peppered him with questions over noodles and some cans of Apple Sidra.

Eric Sze, Founder of The Tang

Names Eric Sze, born and raised in Taipei. Went to Taipei American School (TAS) from 5th grade all the way to graduating high school. Too Taiwanese to be ABC, too American to be Taiwanese.

What’s your favorite memory from your childhood?

I’m sure most Taiwanese people can attest, most favorable memories relate to food. Mine is having a big bowl of 滷肉飯 with my father at 金峰滷肉飯 next to 南門市場. My father’s office was right next to this restaurant, and we’d often go eat after he finished work. There’s nothing better than chowing down on some lard smothered rice with the pops on a cold winter night.

What made you want to enter the culinary world?

I’d never spent too much time in the states before college; it was mostly summer camps or visiting relatives in California. After coming to the states, I was then immediately shocked at all the stereotypes given to Chinese food. I have nothing against Americanized Chinese food. If executed well, I think Americanized Chinese food can be absolutely delicious. However, I then learned the whole cultural backstory of Chinese food in America (mostly ran by Cantonese immigrants who wanted to make a living more than bring about flavor). I found myself more and more intrigued by the cultural aspects of Chinese food, and by this point may have already stepped into the culinary world.

Can you tell us the story behind The Tang?

The Tang is a clash of different ideas, ideologies and identities; then it is the compromise of all those factors. My partner first had the idea of opening up a Chinese noodle shop. In his mind, it was very traditional and “authentic”. He didn’t have any culinary knowledge so he came to me. Back then I was still doing my delivery food startup – Scallion Foods, but have tore my right ACL in a sport-related accident. After he came to me, I knew I wanted something more than just traditional. I felt like Chinese food in America needed to evolve, there had to be some sort of noodle revolution. With ramen occupying every block of NYC, I wanted the culinary freedom that ramen chefs have (David Chang’s bacon broth, Josh Smookler’s dry aged beef fat ramen etc…). We eventually came to a compromise where there would be a couple of old-fashioned dishes, but mostly experimental food items that could allow me to flex the inspirations I have around me. There was always one thing we both agreed on: no matter how new the technique/ingredient, it has to taste Chinese.

What inspires you every morning? Is there someone you look up to as a role model?

I think the biggest inspiration I have on a daily basis is my older brother Brandon. Being 4 years apart, he’s always a step ahead of me. Graduating high school when I’m still a freshman, graduating college when I’m still a freshman. He bought a condo at the age of 23, bought his own Porsche at the age of 25; just an overall 人生贏家 (winner). Our personalities and habits have always been on the opposite ends. He likes to keep quiet and I can’t stop talking, he doesn’t eat simple carbs while that’s the majority of my food intake. Though we’ve stepped on opposite paths, his dedication and determination is always in the back of my mind, reminding me to keep on going and pushing.

I’m guilty of eating almost only eating Chinese food. I don’t know why, but it’s something I aim to change in 2017. Favorite food would be water boiled dumplings: 1. Cabbage and pork 2. Chive and pork 3. Corn and pork (in order). There was one entire week where I ate nothing but dumplings for breakfast lunch and dinner (during high school).

What do you miss most about Taiwan?

At this point saying food would be too predictable, so I’m going to switch it up. PEOPLE. God damn I miss the people in Taiwan. The pedestrians who are genuinely kind. The wait staff at restaurants who are well mannered even in the absence of gratuities. The overly enthusiastic cab drivers who are looking for every opportunity to strike up a conversation to brighten your day. The chefs at street stalls who are smiling while pulling noodles/chopping offal because they genuinely love it. 台灣最美的風景是人, I’ve heard this phrase countless times but have never gotten to truly appreciate it until now.

Mural at The Tang